I received the following email and decided it would make a great blog post. I suspect there are other people out there with similar Raw food struggles.

Hi Kristen, I love following your blog….. I was wondering if you could give me advice…. and your personal motivation and reasons for being raw…
I have a blender, I don’t have an expensive juicer or a dehydrator….and right now, I’m starting to become aware that I’m probably slightly caffeine/sugar dependant… I have an incredible sweet tooth…. and it seems that every time I try to start raw foodism, I fail….not so much by heating something…. (as I rarely cook my foods anyways), but mainly because I have a hard time staying away from already processed prepared foods, coffee, sugar and sweets.
I was therefore wondering if you would mind giving me some advice, on how to get started…. on how to find the real motivation to go raw…
And on how to adhere to a raw food lifestyle – on a student budget (without a juicer or dehydrator)…
What were some of your personal motivations for going raw? And what have been some of your personal benefits?
I know rationally that I will benefit from it….but every time I fail it’s because I self-sabotage myself by convincing myself that my current diet is ‘pretty healthy already’….
Any books you would recommend as good starters?

Being addicted to those things really sucks. I know! But, it’s not hard to get off them. You just need a plan! My first tip is Green Smoothies. Getting more greens into your diet will help alkalize your body, which will help you fight the acid addiction. Don’t give up and be consistent with it. Having fresh fruit is also great for those sugar cravings. Because fruit is filled with natural sugars, fiber, and nutrients, you’ll find yourself satiated right away. Having them with greens is great, like with green smoothies, because the greens add lots of minerals, but I’m also a fan of fresh fruit on its own. Heck, I just polished off two organic persimmons before writing this blog post.
Another great tip for fighting sugar addictions is with fermented foods like Raw, organic, unpasteurized sauerkraut and kim chi. These are well reputed for helping with sugar problems. And, they’re so delicious! I make my own at home, but I didn’t always (you can buy it at health food stores). Here is a blog post (with video) detailing how to make it.
Your transition doesn’t have to be overnight, just start somewhere. And, you don’t have to eliminate your caffeine or sugar right away. Do it in stages. Look at your current diet and set up a plan for cutting it out, bit by bit. And, reward yourself when you hit those milestones!
Being Lazy?… Stop It! 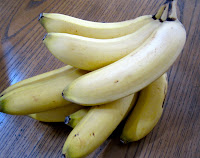 There is no excuse for not making a green smoothie when you’re feeling too lazy to make something and wanting to open up a box of processed crap. Green smoothies are so freakin’ easy. And, you know what? If for some crazy reason that is even asking too much on some days, then just make sure you have bananas, oranges, persimmons (seasonal), dates, carrot / celery sticks (washed, trimmed, and ready to eat), apples, watermelon (seasonal), etc… all ready to grab whenever you get hungry. IT DOESN’T GET EASIER THAN THAT!
Candidly, if you can’t handle whipping up a green smoothie or peeling a banana, then you probably just don’t want it enough. And for that, I don’t have much advice beyond forcing yourself to try it for awhile and seeing how much better you feel. Obviously, something turned you onto this path; you just need to get back and focus on that. Do some soul searching and decide if you’re indeed ready to take control of your health. The good news is that it’s really easy. And, the better news is that it gets easier and easier, partly from practice, but mostly from just developing habits, a routine, and a little confidence. You’ll find yourself getting into your own groove and building upon each successful day you have. It’s an awesome feeling!
Conclusions:
We all have our own personal motivations for turning to Raw. And, most people who do turn to it stick with it, at least to some degree, if not all the way. It’s as though they’ve seen the light and they know it’s the right thing to do. Even when they come and go… the key is that they keep coming back. The Raw vegan lifestyle rocks. It’s worth it! It’s awesome! It’s addictive!

I’ve written a book (available as an ebook as well) that covers these topics in great detail, Kristen’s Raw: The EASY Way to Get Started and Succeed at the Raw Food Vegan Diet & Lifestyle. It’s the perfect way to help you start on the Raw vegan path. You can get more details and purchase it here.
I should add that it also makes a great gift!
And, here are some related blog posts that are chock-full of good tips and information.
How To Make Raw Food Easy
5 Easy Tips For Feeling Your Best
Raw Food Diet Spectrum – The Good News!
Think The Raw Vegan Lifestyle Is Expensive? Think Again!
Eating Raw Organic In This Economy: 14 Tips To Help
Going Organic On A Budget

I’ve just whipped myself up into a motivated frenzy writing this post, so I’m off to make some organic green juice. :)

Congratulations Courtney and Finding True Serenity!!! Your names were chosen as the winners of my 14th Awesome Giveaway. The prize: You will each receive a 3 pound bag of chia seeds, courtesy of Chia Seeds Direct – YAY!!!!!! Simply email me the address you want your prize mailed to.
Here is what Courtney and Finding True Serenity had to say when asked, “If you could donate 1 million dollars to charity, which would you choose AND why?”
Courtney wrote, “That’s tough because there are so many that are deserving. I would donate to Ashoka, a non-profit dedicated to assisting social entrepreneurs. I love the organization because they work from the bottom up – finding individuals and small groups that are making a difference in their own communities – instead of from the top down (which rarely works!). This strategy great because the people that they fund are connected to their communities, know exactly what is needed, and are better able to figure out the best approach.”
Finding True Serenity wrote, “Wonderful question! I honesty would have to name my #1 choice as WWF (World Wildlife Fund). I think we need to protect our natural home, and all of it’s inhabitants while promoting efficient and sustainable approaches to preserve and reverse the degradation of our planet so all of our needs are met in harmony with nature!   I would love to win a bag of chia seeds! They sound quite universal! Thank you for the wonderful opportunity!”
My next Awesome Giveaway is in October, so check back for details!

I’m not one to waste organic food… ever. So, when I’m done juicing, I make crackers with the leftover pulp, or I stir some into my dog’s food, or I give it to the bunny’s in my neighborhood.

Here’s a little quick video showing you the batch I made the other day.
I used my Breville to make the green juice (like only $99 bucks for this machine – so worth it). I spread the pulp mixture with an offset spatula (one of my other favorite tools in the kitchen, other than the fruit scoopers). And, I used my Excalibur Dehydrator to dry the Raw crackers (they’re the BEST on the market – hands down).
You can use any spices you have on hand. Be creative and try different combinations. And, use the juice pulp from any green juice you make.
The recipe I used below is:
For the Juice
2 cucumbers, 1 bunch Italian parsley, 5 leaves medium kale
This gives about 2 cups of pulp when using the Breville juicer.
For the pulp
1/2 cup flax* seed, 1 tablespoon tamari, 1 teaspoon turmeric, 1/2 teaspoon coriander, 1 tablespoon mesquite powder, and 3/4 cup water (as needed) *The lovely flax I used was from a sample sent to me by Flax Matters.

This sauce is AMAZING!

Here is a video showing you how I make one of my favorite Raw Vegan recipes, Cheezy Hemp Nacho Sauce (recipe available here) that is from my book, Kristen Suzanne’s Ultimate Raw Vegan Hemp Recipes.

I get so many compliments on this recipe – I stopped keeping count. Enjoy!

Oh, and PS… A great thing about the Benriner turning slicer I show in the video is that the Raw veggie noodles that this tool makes are noodles that stay fresh for 2-3 days, unlike the Saladacco or other spiralizer like the Saladacco (where the inside of the produce is used), and you need to serve the noodles right away or at least the same day. With the Benriner Turning Slicer (and there are a couple of other models that are similar to the one I feature), the noodles can be made 1-2 days in advance and still taste as fresh as the day you made them. That’s awesome!
This recipe can be used in many different ways:

For this month’s giveaway, I’m giving the winner a complete set of my ebooks!!! That’s 11 ebooks!

Want the chance to win? It’s simple to participate! All you have to do is answer the following question in this post’s comment section. The contest will end Thursday night, August 13th @ 11:59pm. I’ll enter everyone’s name who answered the question into a drawing and announce the winner on my blog Friday, August 14th.
UPDATE! I’m excited to have so many people participating that I’m going to select THREE people to win a set of my ebooks.

Question: What inspires you to eat healthy?

Here is a recent article featured on MSNBC.COM about Raw chocolate. Yum!

By Kristen Suzanne of KristensRaw.com

Let me just tell you… these have become a staple in my household. My friends and family frequently email and call me begging me to make these for them. They have a scrumptious flavor and awesome texture. Just see for yourself. They’re wonderful and so easy to make. Whip up a quick batch of these for the next party you attend and you’ll be a hit! Warning: These are addictive! :)

Using a food processor, fitted with the “S” blade, grind the hazelnuts to a fairly medium/fine grind. Transfer to a large bowl and add the remaining ingredients. Stir all the ingredients together well by hand, or use a mixer with a paddle attachment to make it easier.

Use a tablespoon measurement to spoon out the batter and place on a cookie sheet (I like using a tablespoon size ice cream scoop). Freeze for up to an hour and enjoy.

*My favorite way to make these is with hazelnuts, but if you don’t have those on hand, you could try other nuts or seeds.

My favorite way to enjoy these is straight from the freezer or refrigerator. When I take them to a party, I put them in the host’s refrigerator, or freezer, until I’m ready to serve them. If they sit at room temperature they can get a little soft (but still yummy). An option to help prevent the softening at room temperature is to dehydrate them at 105 degrees for 16 – 24 hours right after you make them.