I’m officially experiencing some morning sickness. There hasn’t been any puking yet, just an intense nausea that lasts for most of the day. And… I’m happy as hell with it! I Love it! It might sound weird to some, but with all of the hoops I’ve been through to get pregnant, I take morning sickness as a great sign (between blood tests) that I’m still very pregnant. Yeehaw!! Wednesday is my next blood test. I’ll be glad when those are over.

Even though no foods really sound good to me (yet, I’m hungry. It’s bizarre and fun), I’m keeping up with my High Raw to All Raw meals. Sometimes Raw sounds good and sometimes cooked vegan does (Chipotle vegan burrito always sounds good – lol), BUT, I’m keeping it All Raw for some meals, High Raw some, a scant few meals that are moderate Raw, and saying NO to Chipotle. *Everything that passes my lips is organic. 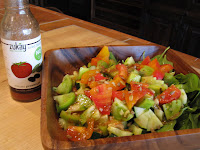 I’ve been eating a lot of big salads. I was recently sent some living, fermented, vegan salad dressings to try by the company Zukay Live Foods. They’re very good(!) and I recommend having a bottle or two in your refrigerator for those times you don’t feel like making dressing. They contain probiotic cultures with no added sugars, canola, or gums. I think they’re all fat free. You can add the dressing by itself to salad or mix it with a drizzle of olive oil. I’ve used them in a few ways and they’re all great. I’ve had it on salad. I’ve had it on my cucumber pasta meals. And, I’ve even added a tablespoon to my green juice to add fun flavor. There are many ways to use these for an extra flavor-punch in your recipes. 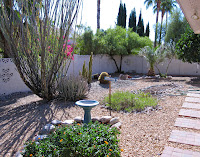 I’ve been spending time relaxing in my mom’s backyard under the warm sun, listening to wind chimes, and humming to the little life growing inside of me. I wrote a lullaby for my baby before we conceived and I sang it to the little spirit that was not yet in me, and I continue to do so now that he/she is. Did you see the movie Australia? (If not, it’s such an amazing, epic, beautiful story.) Anyway, in the movie, the little boy “sings his ‘adoptive mom’ to him.” He says, “Mrs. Boss (that’s what he calls her), I sing you to me.” I always liked that, so I said to myself over the summer, I’m going to sing my baby to me. I also read that in some tribes, the woman goes off on her own for a walk before getting pregnant, and a lullaby comes to her spirit. She then goes back to her husband and teaches it to him. They sing it together until they conceive and when the baby is born, that is the baby’s special lullaby. I thought that was so beautiful.
I started creating my play list for the birth day and I’ve been extremely attracted to Deva Premal’s magical music. It feels so right. I can see our home birth happening with that playing in the background. I might mix in some Earth, Wind, and Fire (lol) because I do believe I have a disco Monkey growing in me.