Ouch! During Valentine’s Day weekend, I came down with a toothache. It’s been intermittent pain so I do have plenty of relief through the days, but for about 2-3 times a day, 1-2 hours each of those times, it hurts to bite down on the left side of my mouth. I was not excited about this because going to the dentist as a pregnant woman is right up there with going to an emergency room. They’re just not places that I want to be.


When the pain first started, I figured I’d kind of ignore it as long as I could. It wasn’t debilitating, just annoying and a little painful when I bite. However, in passing, I let my midwife know and she was actually concerned. She said it could mean infection, and that could be harmful for the baby. Sh*t. Well, since it was the weekend when it started, I couldn’t see my dentist. So to help ease the pain, she taught me a little acupressure trick for pressing on a certain spot on my jaw. It worked to temporarily relieve the pain. :) I explained my concerns of going to the dentist while pregnant, and she relaxed my fears of potentially having to get an x-ray as she described to me the kind of equipment I’d want to make sure my dentist was using (digital) and to have him double up the cover-thing on me. Furthermore, according to a doctor I know, these x-rays (and being properly covered up), is less radiation than taking an airplane flight. As for my concern of having novacaine, I was told that there is a formulation for pregnant women that doesn’t have epiniphrine in it. Frankly, that doesn’t make me feel much better… I don’t want any drugs if I can help it. Hhmmm… I wonder if I can Hypnobirth my way through any potential dental work – nervously lol.

When Monday rolled around, I dragged myself to the dentist to get more information. Turns out that I have already had a root canal in that tooth and his initial diagnosis was that it was an abscessed tooth. Double Sh*t! He needed an x-ray to verify it, but I was still leery about getting one. My research about x-rays also said that it’s better to wait until later in the pregnancy for them if possible, third trimester being the safest. After a lengthy discussion he said that since the pain only just started a few days prior, and that because it wasn’t hurting that much… I could wait a bit and see if it gets worse, or if in the small case that it’s not an abscess, perhaps it’ll go away on its own. (There was talk about whether I was grinding my teeth which could cause the pain. Very unlikely that I’m a teeth grinder though.)  The consensus was that if it was indeed abscessed, it could be dangerous based on the level of the infection, but that I could take some time to think about how I want to proceed and see if it gets better or worse over the following week or two. 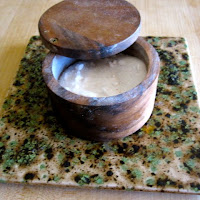 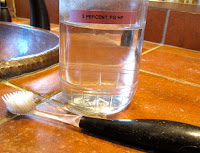 So, I went home and started a few natural remedies. For the next few days I swished 3 times a day with warmed Himalayan crystal salt water in my mouth. 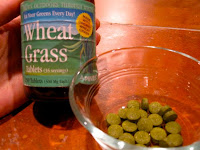 
Good news so far! On Tuesday I only had mild discomfort in the morning when waking, which went away after a couple of hours. On Wednesday the only teeny tiny amount of sensation I felt was for about 30 minutes after I woke up from my mid-day nap. And, today, I’m pain free still. Even though I’m sure I don’t grind my teeth, I am consistently sleeping on my left side, which is recommended for pregnant women. I wonder if this is increasing the pressure on that side of my jaw which is where the tooth problem is.


Update: I’ve been asked a number of times about the toothpaste that I use. Traditionally, I don’t stick with any one, but there are a few things that I rotate.

This was sent to me to sample a couple of weeks back and I LOVE it. I have both the lemon and the mint flavors and, right now, it’s my favorite toothpaste. It’s very simple in flavor and experience, and you can sense the baking soda in it which some people might not like as much, but there is just something about it that I LOOOOVE! It’s not cheap, but I plan on buying more when I run out. You can check out the details here

There are a few flavors (citrus, mint, and I think anise?) that Jason puts out which are: Fluoride Free, with baking soda, and known as their premium toothpaste. The one I use is Spearmint with Baking Soda Premium Toothpaste (that’s the actual title) and I buy it at Whole Foods. It seems quite inoffensive regarding ingredients. I was using this more often before I received the Miessence samples, but plan on using the Miessence more now. The weird thing is that even on Jason’s website, I don’t see this particular variety listed.


4) 3% Food Grade Hydrogen Peroxide
Sometimes I gently brush with just this by itself. I think I read somewhere years ago that if you have mercury amalgams you shouldn’t use this… so you might want to check that out if you’re interested in using this for your teeth.


5) Baking Soda with 3% Food Grade Hydrogen Peroxide Paste
Sometimes I make a little paste out of these two and use it to brush my teeth.