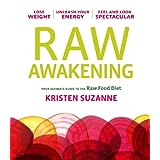 YIPPEE! I’m thrilled to announce that the KINDLE version of my latest book, Raw Awakening, is on sale for only $2.99! This is for a limited time so grab a copy here while you can. :)

We are in Monsoon season here in Arizona. A time of true beauty to be sure. Gorgeous sunsets, cleansing rains, and…. the occasional dust storm. I wouldn’t call a dust storm a thing of beauty, but they are kind of crazy cool. My mom wrote about one last year and I had to share it on my blog because it cracked me up. She’s a funny lady – warning… she doesn’t mince words. Enjoy the post. (You can follow her on twitter here.)

Weather in Arizona is mostly predictable. Sun…Sun…Sun. While other areas of the country worry about snow storms, flooding, hurricanes or tornadoes, we have more sun.  BUT, we have monsoons. Monsoons bring rain and wind usually in July and August.  The day can be full of sun….and then at 4:00pm the clouds roll in… the wind starts… followed by rain if we are lucky. We are in the desert so rain is at a premium.

If you were watching the news the other day… a 7000 foot dust wall that was miles long was rolling across Phoenix and surrounding cities. It was so dense you could not see one foot in front of you. It reminded me of an old movie called, “THE BLOB.”  It was described as a massive event native Arizonians have not seen in 30 years. When I saw it filmed on TV, I called my daughter, Kristen, immediately.  She was about to go to Whole Foods.

“Hell no you’re not going! A huge dust storm is heading your way. They’ve closed the airport. Don’t leave. Take cover.” Only a mother in panic would yell. She went to her balcony and saw it rolling in the city. It was engulfing Camelback Mountain.

I called everyone I knew. This BLOB was rolling in at 60-70 miles an hour.  Some people thought I was joking.

END_OF_DOCUMENT_TOKEN_TO_BE_REPLACED

I dedicate this recipe to the wonderful city of Santa Barbara, CA, where I discovered Backyard Bowls (the inspiration for this recipe). Over the years, I had heard of acai bowls now and then, but I didn’t give them much thought and they weren’t prominent on my radar. I had never eaten one, had never even seen one in any local healthfood places, and the idea didn’t appeal to me enough to make my own.

Well all that changed with our recent trip to Santa Barbara this past spring! As I often do before vacations, I searched online for vegan food options near our hotel and Backyard Bowls came up as very popular. After reading a few of the rave reviews, acai bowls seemed like a great option for breakfast while on our trip.

END_OF_DOCUMENT_TOKEN_TO_BE_REPLACED

Here is my recent video of our square foot garden. I’m undecided as to our success with it. Some things are growing, some are not. And, I’m not sure (because I haven’t checked the packets from the seeds) of when to anticipate harvest. However, it sure seems like it’s taking a long time. Hmmm.

END_OF_DOCUMENT_TOKEN_TO_BE_REPLACED

I’m a regular contributor to a couple of fabulous health and wellness hubs, Crazy Sexy Life and One Green Planet. Here are my latest contributions to them that I think you’ll find useful.

Crazy Sexy Life – Supplements: Part of the Cure for Modernity

I get asked all the time about how we clean our teeth in this household. Check out my video for the details. Below the video are links to the specific products mentioned.